We had a client who was interested in reaching a broad 10 county area in Northeastern PA.

We suggested TV should be a cornerstone of the media plan.

The client responded, “Who watches TV any longer?”

The reference was to the “cord cutters” or “cord stackers.” 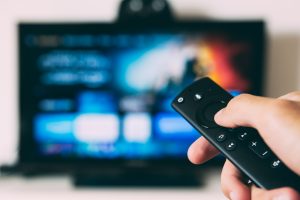 So, does that mean advertisers can’t reach the cord cutters?

In fact, video messages can be finely targeted to specific audiences by geography and lifestyle through OTT. So, the targeting of commercials is much more specifically directed in this process than by broadcast or cable TV programming.

And at the end of an OTT TV campaign ad exposure results are available showing where and through what programming the commercials were viewed.

So of course, the answer to our client’s question about current TV viewers is that there are still over 80% of households who view TV as it originates.

That’s almost a half million TV viewers in our market.

OTT is a growing video medium and will affect advertisers with increasing impact in the coming years.

But TV viewing is still alive and well.