The popularity of social media has made many businesses rethink the way they reach their customers. Millions of businesses around the world rely specifically on Facebook, the reigning social media giant, to connect with people.

In fact, there are more than 80 million small businesses using Facebook Business Pages!

In 2018, Facebook made major changes to its algorithm — the process that determines the order in which posts appear on a user’s newsfeed.

The new algorithm shifted the focus away from posts by brands and businesses towards posts from friends and family, which naturally had quite an impact for brands with business pages on Facebook.

The change meant a drop in engagement for business pages – within some categories, by as much as 50%.

It’s a staggering statistic, but there’s no need to panic now. A study by NewsWhip has found that engagement rebounded significantly since then.

Here’s what you need to know.

According to the analysis of the top 10,000 Facebook posts last year, photos dominated in popularity and performance. It’s clear that images generally get the most engagement, with video following closely in second place, and links third. 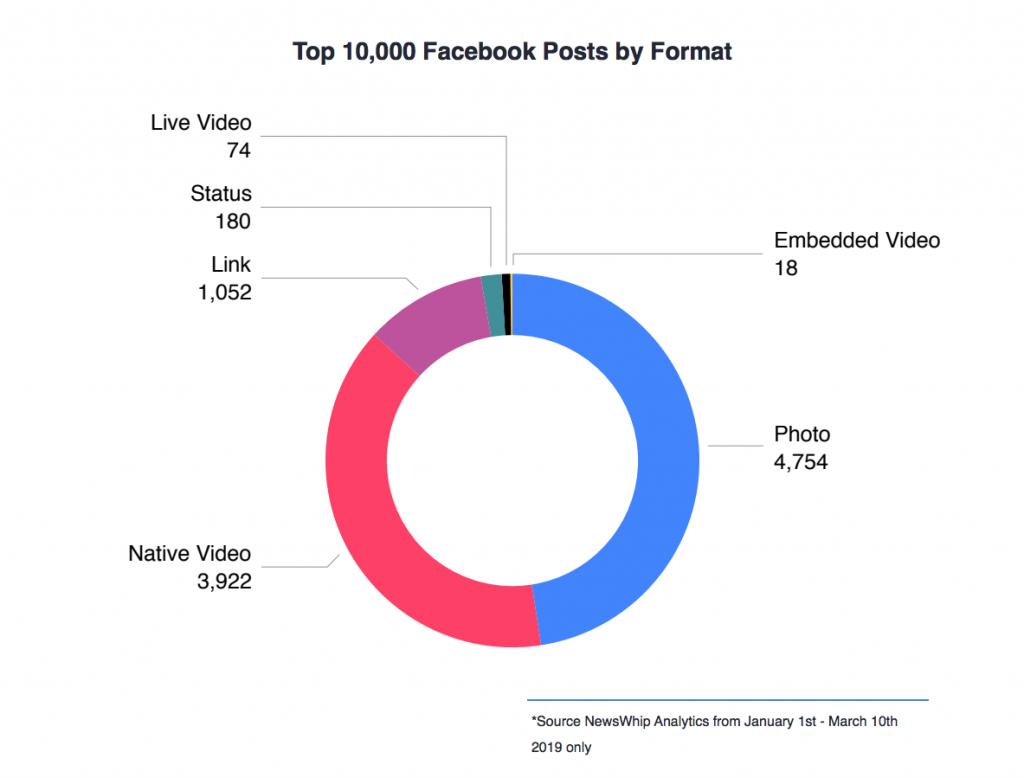 The takeaway: there is a very clear preference for visual content. 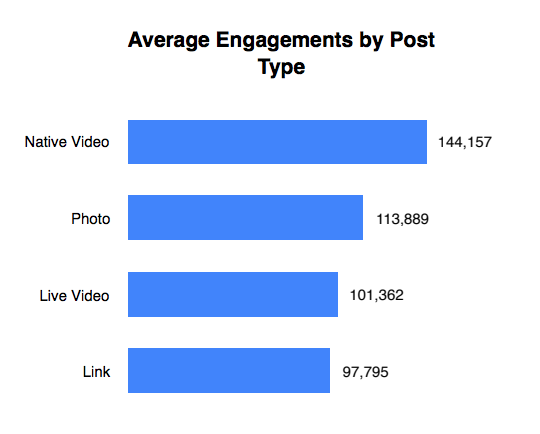 There are several ways to measure engagement on a Facebook post including comments, shares, and reactions. Reactions are a unique way to show a response on a post through liking, loving, showing care, laughter, shock, sadness, or anger.

The NewsWhip study looked at the overall level of reactions across the top posts from 2019 and determined that the “Like” reaction was the most common type of engagement on top posts with 44% of all the engagement, followed by “Shares” at 34%.

The takeaway: reactions are likely to be the main user response to your posts compared to comments and shares.

Social media is highly visual by nature, and the data proves it.

While text posts and links are still going to get engagement, it’s important to prioritize video & photos in your marketing strategy!